Everything In It's Right Place

There's a saying that "Britain is a nation of shopkeepers". Well, I don't know about that any more but it dawned on me last week that "Earth is a planet of librarians" for it seems to me the natural inclination of everyone is to sort everything they come into contact with into the relevant section of the library that is their memory.
Doing so helps us make some kind of order out of the chaos that is all around us. This, in turn, leaves time to enjoy something of our lives without having to constantly work out who or what everything is every time we want to do anything.
But I find it interesting how we classify things. 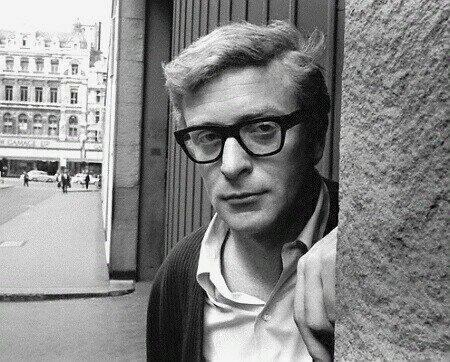 For instance, if we believe the movies, people who are creepy, untrustworthy or just plain sinister look something like a young Michael Caine and, yet, it never stopped the real Michael Caine being a leading man and heart-throb!
And isn't it interesting how we're far more willing to re-classify good people as bad rather than re-classify bad people as good!
Also - as in the case of Jimmy Saville - the death of a person does not necessarily mean that their story has been told and that we won't have to re-classify them at some point in the future.
So we're finding we constantly have to re-order our libraries/memories which is just plain... annoying!!
If we have to move the book marked "Lance Armstrong", for example, from the shelf marked "Biography" to the shelf marked "Fiction" (as one Australian library joked that they would) then what does this mean for the other books in our library? Will they all have to be moved as well?!!
Then, sometimes, finding the book to re-shelve can be problematic in itself! In the case of a trans person, for example, the book may very well not just have a different title but a completely different cover as well!
Isn't it just far easier to leave things as they are - even if they are wrongly filed - than repeatedly having to go to the bother of re-ordering things about and run the risk of everything descending into chaos as every book keeps getting moved around! It'd certainly be far less time consuming!
So I can quite understand people's reluctance to constantly re-ordering their library/memory (and the evidence of this understanding is the chaos that is my house!).
Some people complain, some refuse, and then there are some who are only too willing to re-order their library... by thinking the worst of someone! (e.g. a daughter may find themselves disowned when they come out as a lesbian)
And what can you say about such a person who is so willing to think ill of someone?
Are they worthy of our respect?
Are they worthy of our sympathy?
Are they worthy of our hatred even?
Decide and classify.
This is what we do on this planet of librarians and why, whatever the actual words used are, the complaint you'll most often hear as a minority (LGBT, black, muslim, Pole, etc, etc...), from friend and foe alike, is "Stop messing up my filing system!".
Posted by Claire at 18:07

There Are Only Two Kinds Of Transsexual

Note: This blog post requires patience and toleration and a far better exploration of the subject can be read in Julia Serano's Whipping Girl...

Except not all transsexuals are "male to female". Some are "female to male".

...but I suppose we could broaden it out to make a similar distinction...

...but transsexuals are a tiny minority of the populace and perhaps this is why - it only affects those who are Homosexual or Heterosexual.

...or maybe the other sexualities are bogus and are just people who are greedy/undecided/unconfident.

Except that some transsexuals are "intersex" which would not seem to fit the theory because, biologically speaking, how can someone who is "intersex" be pinned down to either male or female and thus fit into a Heterosexual or Homosexual definition?

Yes, but, if transsexuals were so pre-occupied with sex as to wish to change their bodies to get the sex they desired, then surely the number one topic amongst transsexuals would be that of the sex they desire and how they're going to get it and, yet, nothing could be further from the truth. In fact, when compared to other groups of people, the subject of sex hardly features at all. The vast majority seem to be far more interested in science and technology than sex (to the point of geekism) but I suppose it figures that those who consider themselves 'wrongly made' would be pre-occupied with how things work.

...but, maybe, they just don't talk about that kind of stuff when you're there.

You know, I was always taught that a good scientist derived a conclusion from the known facts. But the theory "Transsexuals fall into two groups: Those that wish to be attractive to men (homosexual) and those that wish to subsume women (heterosexual)." appears to require far too many "if"s, "but"s and "maybe"s to make it work.
It is not one proved in fact and thus could only ever be claimed to be fact by a prejudicial mind.
Posted by Claire at 18:40

A Dose Of Reality

It may come as no surprise that we don't live in an ideal society (whatever your notion of an "ideal society" is) but that should not stop us striving for one.
Ideals, after all, are dreams and dreams give us something to strive for and stop us becoming lethargic and ignoring all the bad stuff that goes on.
But ideals can also be dangerous if they lead us to being oppressive and unforgiving.
For instance, one of my ideals is that no one should be judged by their appearance.
But if I were to force that ideal on to others who didn't share it then I would be being oppressive. If I then damned them for not living up to my ideal I would then be being unforgiving.
Neither of those qualities (being oppressive or unforgiving) are ones I value and thus I find it even more damning when I use them against myself - when I force myself to live up to other people's ideals and/or give myself a hard time for not living up to my or someone else's ideals.
Thus it seems a far better thing to do to show compassion by injecting a dose of reality.
So, whilst I think no one should be judged by their appearance, the reality is that it's a mode of thinking that's ingrained into us from the moment of our births.
We are constantly bombarded by adverts that encourage us to define beauty and, through doing so, 'appreciate' that we are lacking in worth as a human being because we don't match that definition (that often has no basis on reality). We are repeatedly told that we must wear something "suitable" or "fashionable" or that only a certain look is acceptable (e.g. "Black tie event"). People are judged on what sex/gender they appear to be (and "never the twain shall meet"!) and expected to live up to the different standards set for each. Whole countries go so far as to define their national identity - even down to defining a "national costume"! - and thereby define those who look different as "other" and thus not their equal.
So it is quite clear the reality is that every minute of every day people are being judged by their appearance.
Thus it seems to me that it is far better for me to appreciate that the reality is what it is and have my ideal as a goal to aim for - not one that I insist is met at this very moment.
Doing so is difficult. It means I have to tolerate - even if only at a surface level - the mockery and social exclusion that goes on in the name of "fitting in" - the mockery and social exclusion that often exhausts our capability and our willingness to survive.
However, in showing toleration of what the reality is, I am offering compassion to my fellow human beings and resist the temptation of replacing one tyranny with another.
Posted by Claire at 17:22


(In reference to the #TransDocFail 'campaign')
There's no way I can boil my experiences with the NHS to just 140 words so here is the full story to date...

Claire
A trans female making her way in the world as her true self. Sometimes I fail. Sometimes I succeed. For I am, above all, human.